Testing children
Children hearing testing presents unique challenges: A child may be too young to follow instructions, too nervous to sit still, or simply not in the mood. That’s why Hearing Care Professionals have worked hard to develop techniques that are both physically and emotionally appropriate for kids.

Subjective audiometry is the key hearing test conducted to find out the type and the degree of an individual’s hearing loss. Usually, it is the basis for diagnosis and treatment. There are different ways of determining a child’s subjective hearing threshold:

Reflex audiometry is a subjective audiometry that uses the neonatal reflexes which babies show. The normal hearing perception threshold of newborns lies at around 80 dB HL. During the test short, loud narrow-band sounds are presented, usually via loudspeakers or insert headphones. The examiner watches carefully to determine whether the baby shows any kind of reflex behavior in response to the sound, and for which loudness levels. Babies lose most of the neonatal reflex behavior between 8 to 16 weeks after birth.

From a developmental age of two to three years onwards, children are able to participate more actively in the test situations. Another subjective audiometry, play audiometry, turns the test into a game. The child might be told to throw a marble in a bucket for each sound heard or to complete a puzzle piece by piece.
Depending on the age, size and reaction of the child towards headphones, the test sounds may be displayed via loudspeakers, air conduction headphones and/or a transducer for bone conduction. When loudspeakers are used, the test procedure is shorter as both ears are tested at the same time, but also less exact, as the result does not allow a differentiation of the hearing threshold for the right and the left ears.

From approximately 8 years onwards, children are able to respond to this test like adults do. In a first step, sounds are presented via headphones or insert earphones. The child is asked to push a button or raise his/her hand as soon as a sound is heard. Thus, the hearing threshold for air conduction is determined at different frequencies. In a second step, bone conduction is measured. A headset with a bone transducer is placed behind the respective ear while sounds are played. As before, the child is asked to respond when a sound is heard. In addition to analyzing the hearing threshold for air conduction, this step helps to reveal whether it is a conductive, sensorineural or mixed hearing loss.

All the methods described above are used to define the hearing threshold. Speech audiometry is used to find out the hearing threshold for speech signals. This subjective audiometry method is useful as a supporting method for verifying the hearing loss, as well as for comparing the child’s performance with different hearing instruments or fittings. The test materials consist of single word or sentence lists. Different test materials are available depending on the age and language skills of the child.

To reach a valid diagnosis on the type and the degree of a child’s hearing loss different test methods are employed. Usually behavioral / subjective methods are combined with objective measurements. In the following find a description of the most common objective audiometry methods used for children.

This is the most common objective audiometric method used in newborn hearing screening. It does not require any active participation from the child. The outer hair cells in the cochlea are moved by sounds. These movements cause sound waves, the otoacoustical emissions. These are utilized in this test. A so-called probe microphone is placed in the outer ear canal. A probe mic combines a tiny loudspeaker and a microphone. If the test stimulus of the probe loudspeaker moves the outer hair cells, the microphone can detect the resulting sound waves. This measurement has to be carried out in a very quiet environment.
In the event that no otoacoustical emissions are discovered, the child doesn’t necessarily suffer from hearing loss. Several other reasons are likely: The test environment may not have been quiet enough. In newborn children, especially during the first three days of life, tissue from the mother’s womb or amniotic fluid might also block the ear canal and thereby cause a negative OAE result. A middle ear infection or a common cold can also cause a temporary disturbance of sound conduction.
The existence of OAE states that the outer hair cells are working correctly within certain limits. However, the detection of OAE does not allow any conclusion concerning the functional capability of the auditory nerve or related regions of the brain. For this purpose, auditory evoked potentials (AEP, e.g. ABR/BERA) are used to objectively determine the hearing threshold.

ABR, BERA, BSER or BAER – different names are used for this type of objective audiometry. This method allows the Hearing Care Professional to determine the hearing threshold without the cooperation of the child. It is very similar to an EEG (Electro Encephallogram / Encephalography). The test is conducted while the child is asleep. Electrodes are attached behind the ear. Headphones are placed over or in the ears. The electrical activity evoked by the test signal is measured and recorded. The test shows whether sound is processed correctly, as well as the hearing threshold for specific frequencies. The duration of the measurement depends on how many frequencies are measured and the time the child is asleep.
The resulting wave-diagram is analyzed by comparing it to the wave-diagrams of subjects with normal hearing.

Problems of the middle ear, like inflammations, might also influence your child’s hearing ability. Objective audiometric methods to examine the middle ear function are called tympanometry, which means eardrum measurement. Tympanometry is based on measuring the resistance of the eardrum towards sound.
The method which is used most commonly in audiological assessment is the impedance test. It is carried out using a probe tube, which is placed in the ear canal and is hermetically sealed by a gum plug. During the measurement, an ongoing tone is applied through a loudspeaker in the probe. According to a pressure variation, the changes in sonic reflection of the eardrum are analyzed. The resulting compliance curve allows a conclusion concerning the condition of the middle ear.
With normal ventilation, the middle ear and the ear canal should have the same pressure. In the compliance curve, this shows in an amplitude maximum within certain limits and a pressure proportion of roundabout 0 daPa.
If a child has middle ear problems, the compliance maximum is shifted to negative values ?100 daPa. In this case, the Eustachian tube is not able to provide appropriate ventilation. As a subsequence, bacteria concentrate in the middle ear. This consumes oxygen and thereby causes a retraction of the eardrum towards the middle ear. This process might quickly lead to hearing problems.
Such a retraction process should be treated urgently, as it could lead to a serious middle ear infection and subsequently become an effusion. This is shown in the tympanometry curve as a flat course without an identifiable maximum.
Such a curve indicates that the eardrum is not able to move freely and thus cannot transmit sound waves properly any longer. An effusion might cause a conductive hearing loss of up to 40-50 dB.

Two babies in every one thousand are born with a hearing loss. As functional hearing is decisive for the mental, emotional and social development of children, it is crucial to discover congenital hearing loss as early as possible. Newborn Hearing Screening (abbreviated NHS), sometimes also called infant hearing screening, is usually done some days after birth prior to hospital discharge. The test routine takes only a few minutes and can be done while the baby is asleep or quiet.
In Newborn Hearing Screening, the Otoacoustic Emissions test is typically employed. Some institutions are also using systems for ABR screening. Most of the test equipment used in NHS provides an automated workflow and can easily be handled by non-experts.

The results of the screening are available directly after the test. What do the test results mean?

The function of the outer hair cells, and thus of the inner ear, is fine.
Please note that the NHS does not give any indication of the functionality of the auditory nerve or the auditory processing. However, these kinds of dysfunctions are very seldom and usually occur in concurrence with other diseases.

If the Newborn Hearing Screening shows irregularities, it might be an indication of a hearing disorder. However, a number of other reasons are also likely. If the test has been conducted within the first three days after birth, tissue from the mother’s womb or amniotic fluid might still occlude the ear canal. The test environment may not have been optimal, e.g. not quiet enough. Whatever the reason, the result needs to be taken seriously and will lead to a rescreening 2-3 weeks afterwards.
If the rescreening still shows irregularities, the baby needs to see a pedaudiologist for further audiometry (hearing diagnostics).
In many industrialized countries, hearing will again be screened during later developmental checkups. Nevertheless, if you as a parent or caregiver have the slightest impression that your child suffers from a hearing loss, don’t hesitate to contact a pedaudiologist or a clinic for a reliable diagnosis. The earlier a hearing loss is treated, the lesser the consequences for the child.

An audiogram is a chart a hearing test is marked on. The degree of hearing loss is measured in dB for defined key frequencies. The frequency is measured in a unit called Hertz, abbreviated with “Hz”. Curves displayed in Decibels (dB) generally describe the individual hearing threshold of a person compared to the normal hearing average, which lies around 0 dB. Due to individual differences, all thresholds up to 20 dB HL are considered normal.
Symbols are placed on the audiogram that show the person’s air conduction and bone conduction thresholds for each of the key frequencies. The audiogram shows the softest level at which a sound is individually perceived. This is also referred to as the hearing threshold. Different symbols are used to distinguish between air- and bone conduction measurements, as well as which ear the measurement refers to.
You can see the loudness level and frequencies of different speech sounds presented in the audiograms in yellow. Because of the shape of this speech area, it is also referred to as a “speech-banana”. Vowels are low frequency sounds with a higher volume than consonants, which mostly consist of high frequency sounds. Vowels carry the loudness impression of speech, whereas consonants rather carry the meaning, e.g. house or mouse. 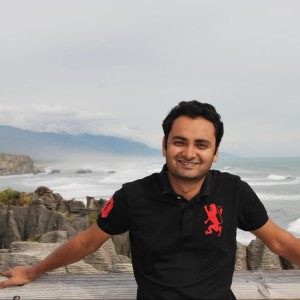